The purpose of this study was to generate knowledge of the interaction between an adult patient's family members and nursing staff from the staff's perspective.

Data were collected from nursing staff (n=155) working on the wards and out-patient departments for pulmonary, rheumatic, neurological and gastroenterological diseases at a university hospital by using a new questionnaire based on earlier research and the literature. The questions explored the staff's views of interaction with the adult patient's family members. In this study, interaction is seen as an umbrella concept which encompasses giving information to relatives, discussion, contacts between staff and significant others and working together. The instrument included questions about personal and telephone discussions, the provision of written instructions and factors facilitating and complicating interaction. The response rate was 55%. The data were analysed using SPSS software and examined using frequency and percentage distributions and cross-tabulation. The open-ended questions were analysed using qualitative content analysis by reducing, grouping and abstracting the data inductively.

The purpose of this study was to identify the rates of communication expressed by 17 children with severe disabilities in high-rate school contexts while piloting a new coding system for intentional communication acts (ICAs). The following nine characteristics were used when coding ICAs expressed in both child initiated and adult initiated communicative interactions: joint attention, form of communication, use of pause, persistence, repetition, repair, expression of pleasure or displeasure when understood or misunderstood, expression of pleasure or displeasure to communication partner's message, and evidence of comprehension. Children communicated 1.7 - 8.0 ICAs per minute in the highest rate contexts. Nine of the 34 high-rate contexts were speech clinical sessions, six were activities that included eating, 30 were familiar activities, and four were novel activities.

The principal aim of this investigation was to help develop 'Interdisciplinary Studies of Childhood Ethics' as a new field of inquiry. We identified: (i) current intra-disciplinary and interdisciplinary knowledge gaps in childhood ethics; and (ii) priorities for future research and development. A prominent problem, highlighted within and across disciplines, relates to how the best interests standard should be reconciled with the recognition of children as agents. This project makes an innovative contribution by promoting the development of interdisciplinary childhood ethics knowledge and standards, informing future improvements in childhood research and services.

The Boston Psychiatric Rehabilitation (BPR) approach is individualized and
characterized by being based entirely on the individual's unique needs and
preferences in the areas of working, learning, social contacts, and living
environment. Relatives of clients in mental health services influence the
client's possibilities for recovery by their everyday relationship. Relatives
have, however, traditionally had a subordinated role in the care of their
mentally ill family member. The perspective of relatives is an important aspect
in the development of new approaches to psychiatric rehabilitation. The purpose
of this study was thus to describe and explore relatives' experiences of the BPR
approach. Ten relatives of clients in mental health services taking part in the
BPR were interviewed. The interviews were transcribed and analyzed with a
qualitative content analysis method to explore relatives' experiences of the BPR
intervention in a county in Sweden. The findings from the interviews could be
summarized in the theme "To meet the clients' needs" consisting of three
categories: "Dependence on staffs' competence," "Responsibility for user
involvement," and "The necessity for coordination between authorities and
caregivers." The findings suggest that relatives may contribute with important
information about clients' needs related to outcome of care. Relatives'
perspectives may be of importance in future development of BPR. Further research
about the relatives' role in psychiatric rehabilitation is needed as well as
studies that compare different kinds of psychiatric rehabilitation from the
perspective of relatives.

Relatives of psychiatric inpatients – do physical violence and suicide attempts of patients influence family burden and participation in care?

A common concern of psychiatric patients' relatives is that patients might be a danger to themselves or others. The aim of this study was to investigate family burden and relatives' participation in care in relation to physical violence towards others and suicide attempts by psychiatric inpatients before admission. Information concerning violence and suicide attempts by the patients prior to admission was collected from the medical records of 155 acutely voluntarily and involuntarily admitted psychiatric inpatients. Relatives were interviewed a month after admission, using a semi-structured questionnaire. Violence towards other persons and suicide attempts were recorded in 16% and 17% of the cases, respectively. There were no differences between relatives of patients who had been violent and other relatives regarding burden and participation in care. Relatives of patients with suicide attempts more often stated they had been prevented from having own company, worried about suicide attempts by the patient, had mental health problems of their own, and had own need for care and support. It was concluded that violence of acutely admitted psychiatric patients, targeted at other people, was not associated with burden of family, but the results corroborate the need for psychiatric services to involve and support relatives of psychiatric patients with suicidal behaviour.

Psychopatology in children of holocaust survivors: a review of the research literature

The literature on transgenerational transmission of Holocaust trauma has grown into a rich body of unique psychological knowledge with almost 400 publications. For the time being, however, the transgenerational effect of the Holocaust on the offspring remains a subject of considerable controversy. The main question involves the presence or absence of specific psychopathology in this population. Psychotherapists kept reporting various characteristic signs of distress while research failed to find significant differences between offspring and comparative groups. In an effort to settle this question, the present review of the research literature provides a summary of the findings of 35 comparative studies on the mental state of offspring of Holocaust survivors, published between 1973-1999. This extensive research indicates rather conclusively that the non-clinical population of children of Holocaust survivors does not show signs of more psychopathology than others do. Children of Holocaust survivors tend to function rather well in terms of manifest psychopathology and differences in the mental state of offspring and people in general are small according to most research. The clinical population of offspring, however, tend to present a specific "psychological profile" that includes a predisposition to PTSD, various difficulties in separation-individuation and a contradictory mix of resilience and vulnerability when coping with stress.

The effectiveness of bereavement interventions with children: a meta-analytic review of controlled outcome research

Abstract
Grief therapies with children are becoming increasingly popular in the mental health community. Nonetheless, questions persist about how well these treatments actually help with children's adjustment to the death of a loved one. This study used meta-analytic techniques to evaluate the general effectiveness of bereavement interventions with children. A thorough quantitative review of the existing controlled outcome literature (n = 13) yielded a conclusion akin to earlier reviews of grief therapy with adults, namely that the child grief interventions do not appear to generate the positive outcomes of other professional psychotherapeutic interventions. However, studies that intervened in a time-sensitive manner and those that implemented specific selection criteria produced better outcomes than investigations that did not attend to these factors.

The effectiveness of Talking Mats® with people with intellectual disability

The Scandinavian countries represent a progressive approach to gender equality and transitions of traditional gender roles but little attention has been paid to gender equality in old age and how normative constructions of gender intersect in the lives of family carers. The aim of this study was to understand how adult daughters experience their roles and strategies when supporting fathers caring for an ill mother. A sample of eight daughters shared their experiences through in-depth interviews. The findings show that the daughters provide substantial and crucial effort and are intimately involved in the caring for their father and the sole contributors towards the emotional support of their fathers. They tend to devote a lot of energy towards picturing their family as 'normal' in terms of the family members adopting traditional roles and activities inside as well as outside the family context. In conclusion, the lack of understanding about gender as a 'norm producer' is something that needs to be further elaborated upon in order for professionals to encounter norm-breaking behaviours. The daughters' position as family carers is often assumed and taken for granted since the intersecting structures that impact on the situations of the daughters are largely invisible.

Key worker services for disabled children: what characteristics of services lead to better outcomes for children and families?

Background  Research has shown that families of disabled children who have a key worker benefit from this service and recent policy initiatives emphasize the importance of such services. However, research is lacking on which characteristics of key worker schemes for disabled children are related to better outcomes for families.

Methods  A postal questionnaire was completed by 189 parents with disabled children who were receiving a service in seven key worker schemes in England and Wales. Path analysis was used to investigate associations between characteristics of the services and outcomes for families (satisfaction with the service, impact of key worker on quality of life, parent unmet need, child unmet need).

Conclusions  Implications for policy and practice are discussed, including the need for regular training, supervision and peer support for key workers and negotiated time and resources for them to carry out the role. These influence the extent to which key workers carry out all aspects of the key worker's role and their amount of contact with families, which in turn impact on outcomes. 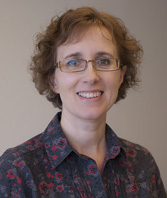