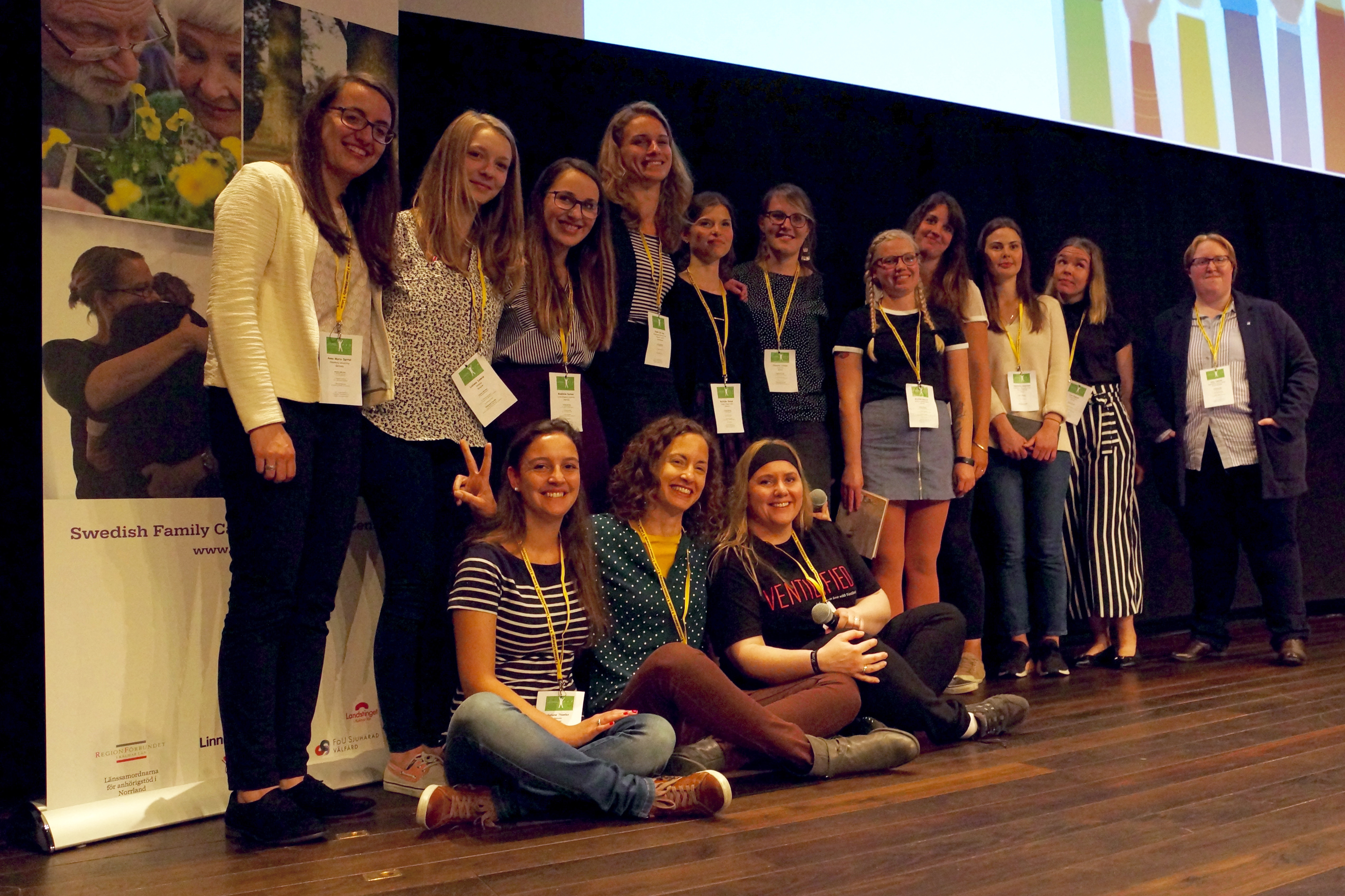 –The young carers' own stories are extremely important in order for the surroundings to be able to provide the right support in their often tough living situations, emphasised moderator Elizabeth Hanson, Swedish Family Care Competence Centre and Professor, Linnaeus University. She introduced the theme of the lecture with the title: Report from young carers' round table.

On two previous occasions in recent years, an expert group consisting of young carers from various countries of the world has had the opportunity to gather and conduct round table discussions. They have shared experiences, learned from each other and discussed different forms of support that are needed for their target group in different countries. The discussions have also dealt with how to disseminate more knowledge into society as a whole, and the need of support for children as next of kin and young carers.
–It is not possible to emphasise enough the significance of young carers participating here and sharing their experiences and knowledge. It is also positive that we have formed a working group for our continued work in order to make better use of the stories and wishes of children as next of kin and young carers, said Elizabeth Hanson. Then she welcomed the expert group consisting of about 15 young carers from different countries around the world, who came up on the podium.

No one asked me how I felt

The young women all had experiences of being young carers of a family member, who because of an illness, addiction, disability or some other problem, could not manage on his or her own without help from them. In spite of completely different life circumstances, their very often revealing stories showed that they share many of the same feelings in their situations as young carers: loneliness, exclusion, no one listening to them, and often a sense of being different. One of the young carers especially emphasised that it is important to remember that even if she had a different childhood, there were always the same needs as every other child: to play and to feel safe.

Several participants particularly highlighted the feeling of being different and not being able to share their life experiences with anyone. One of the young women spoke about how she got the courage early in her teens to tell a friend about her home situation. But there was no reply.
–It was horrible not getting any reaction at all. She could absolutely not understand and she didn't dare ask either. For me it would have meant a great deal if she had shown some interest and asked. We need to be listened to, but that means that someone also has to dare to ask us how it is and how we feel.

Nynke de Jong from the Netherlands, in turn, emphasised the importance of education. There is a need for information and education in school about what it means to be a young carer.

But being a young carer does not only bring negative things. This is something important to remember.
–The abilities that children and young carers develop by taking on so much responsibility at such a young age, must also be made very clear and taken into account. There is a positive side to this uncommonly large responsibility, they explained.

–All we youths who participate in this expert group are independent and capable women. This capacity we developed because we have taken on great responsibility so early. That's the positive side.

A participant in the audience asked a question about what they hoped for in 20 years. A few answers from the expert group included:
–In 20 years I hope that it does not mean that you are isolated from the world if you are a child or a young carer, but that you can talk about issues more openly and there are no longer so many taboos. And also that we have more assistance from professionals and from the rest of our surroundings.

Ailsa Tweedie from Scotland, in turn, hoped that the world will have come much farther along regarding issues involving children as next of kin and young carers.
–The hope is that at least half of the almost 200 countries who have signed the UN Declaration on Human Rights, will also have included these issues in 20 years. As the situation is now, there is not this issue at all.

Linn Englund from the organisation, Maskrosbarn, in Sweden (www.maskrosbarn.org) expressed the hope that people do not only ask questions, but also take action based on the answers received from children and youths.
–Young carers must really be listened to. I wish that could happen tomorrow, but unfortunately I understand that it is going to take time.

Continued dialog – the goal for the working group

The expert group also presented the goals formulated for the continued work of the working group which was formed during the conference:

• Continue the dialogue through regular face-to-face and online meetings,
• Build on the carers' movement,
• Feed into Eurocarers'advocacy and capacity-building activities,
• Speak with one voice and influence the policy debate!

The young carers in the expert group ended with a song whose title symbolises their needs and wishes in a nice way, "I´m on Your Side" by Henrik José.

After the moving performance, Madeleine Buchner, from the organisation Little Dreamers in Australia, took over. Some years ago she started Little Dreamers, which is a non-profit organisation to assist others like herself who early in life took on a major responsibility for a family member. The goal is also to highlight the situation of children and young carers and to influence society on different levels. The organisation has received much attention in Australia, though it operates on a limited budget. Madeleine Buchner sees social media as a good way of spreading information, also information in schools, social services and healthcare. The goal is to strengethen young carers.
–I grew up with a brother who had Down's syndrome, and I lost my mother to cancer when I was very small. Yet I have had the benefit of growing up in a large family, where we are very close to each other. That has been a great support many times in tough life situations, she said.

Her brother Charlie had severe epilepsy when they were growing up, something that caused great concern for Madeleine Buchner when she was young.
–My brother was often taken as an emergency to the hospital because of his epilepsy and other severe health problems. For me it was a constant worry, and a need to be on hand always in the family. Obviously there were consequences for me, not least socially. I had a few friends and almost no one who understood my situation. Often someone asked how my brother was doing, but almost no one asked me how I was doing.

This is something that Madeleine Buchner will now improve through the help of her organisation Little Dreamers. Read more about Little Dreamers at www.littledreamersonline.com. 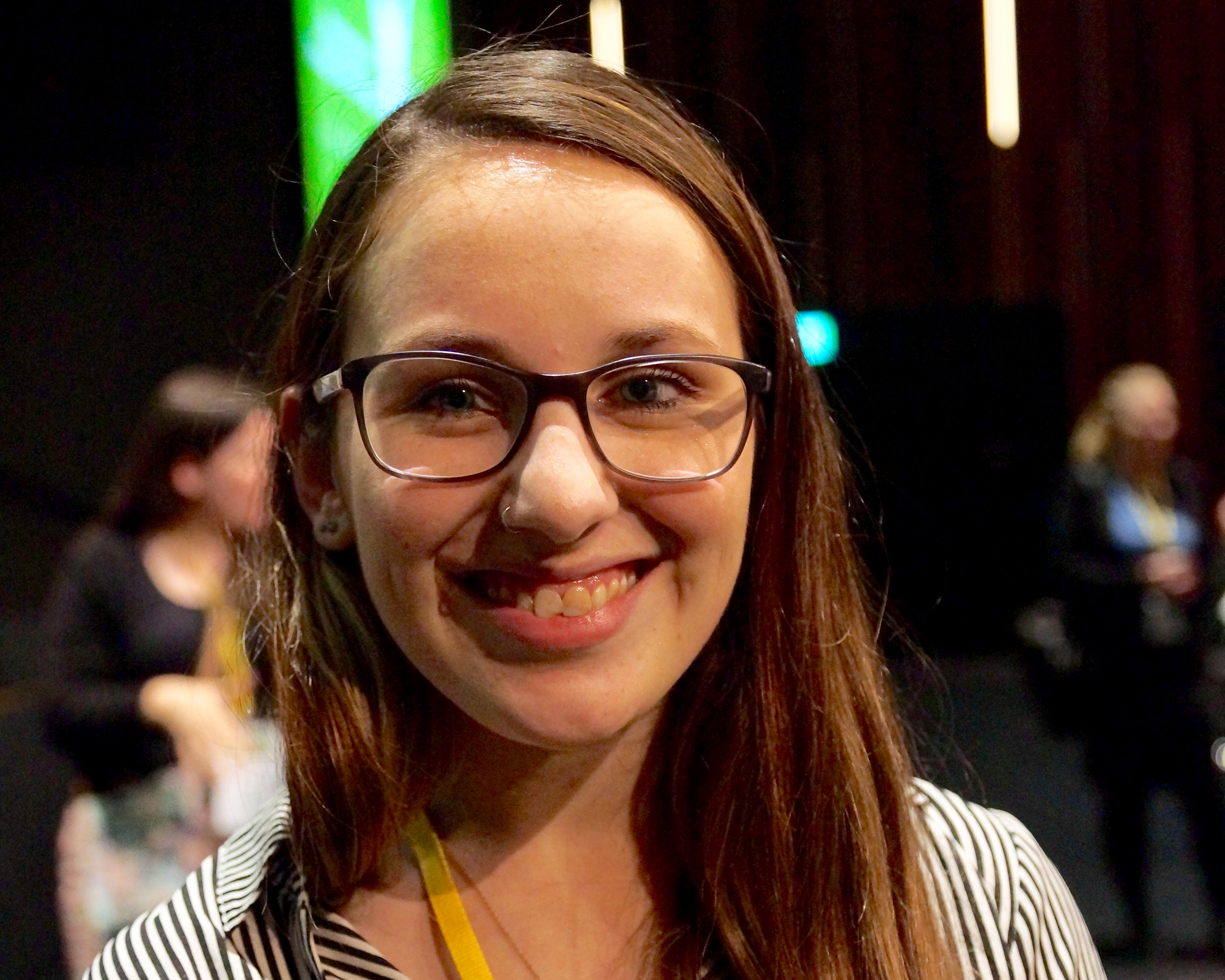 Working with the method co-design

The concluding speakers were Frans von Zoest and Hank Herman Nap, Expert Innovation and Research, Vilnas (National Institute for Long Term Care, The Netherlands) who challenged the audience by giving a quick presentation, inspired by the Japanese presentation format "Pecha Kucha" which consists of 20 pictures, displayed for 20 seconds each. 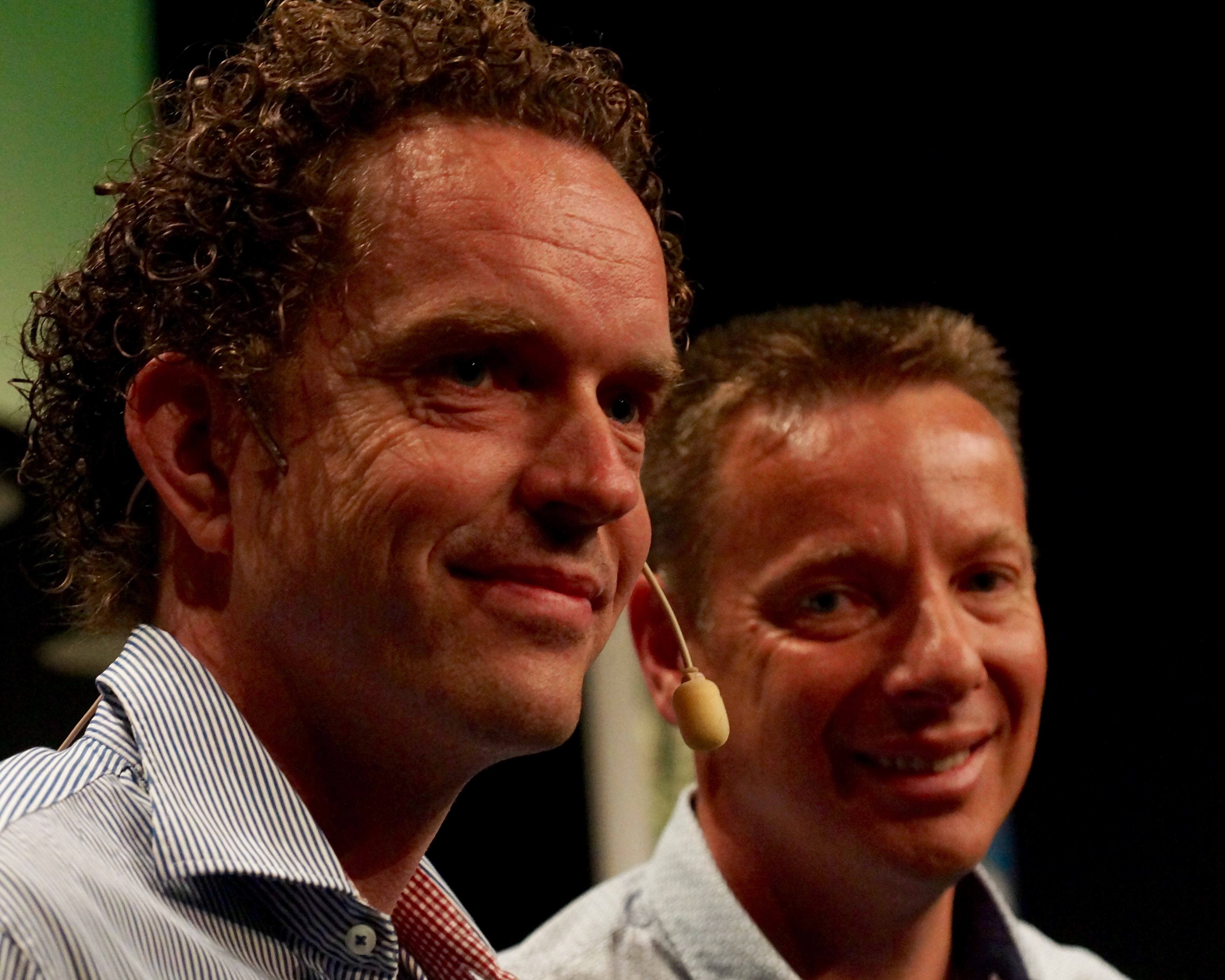 Frans von Zoest spoke about the Dutch institute Vilans working with the method co-design, which involves reality-based cooperation with young carers, with the purpose of identifying various possibilities for support based on their needs, wishes and abilities.

A cartoon drawing of ladders and flags showed that the Netherlands was behind England and Sweden regarding work with young carers. Frans von Zoest's hope was to be able to come back in a few years and show a more positive picture, where the Netherlands instead lies near the top.

Henk Herman Nap gave a quick presentation of the work with digital platforms for networking and for learning materials, which in the future could function as everyday assistance for young carers.

Watch the plenary on Nka Play