”There is so much we can do” 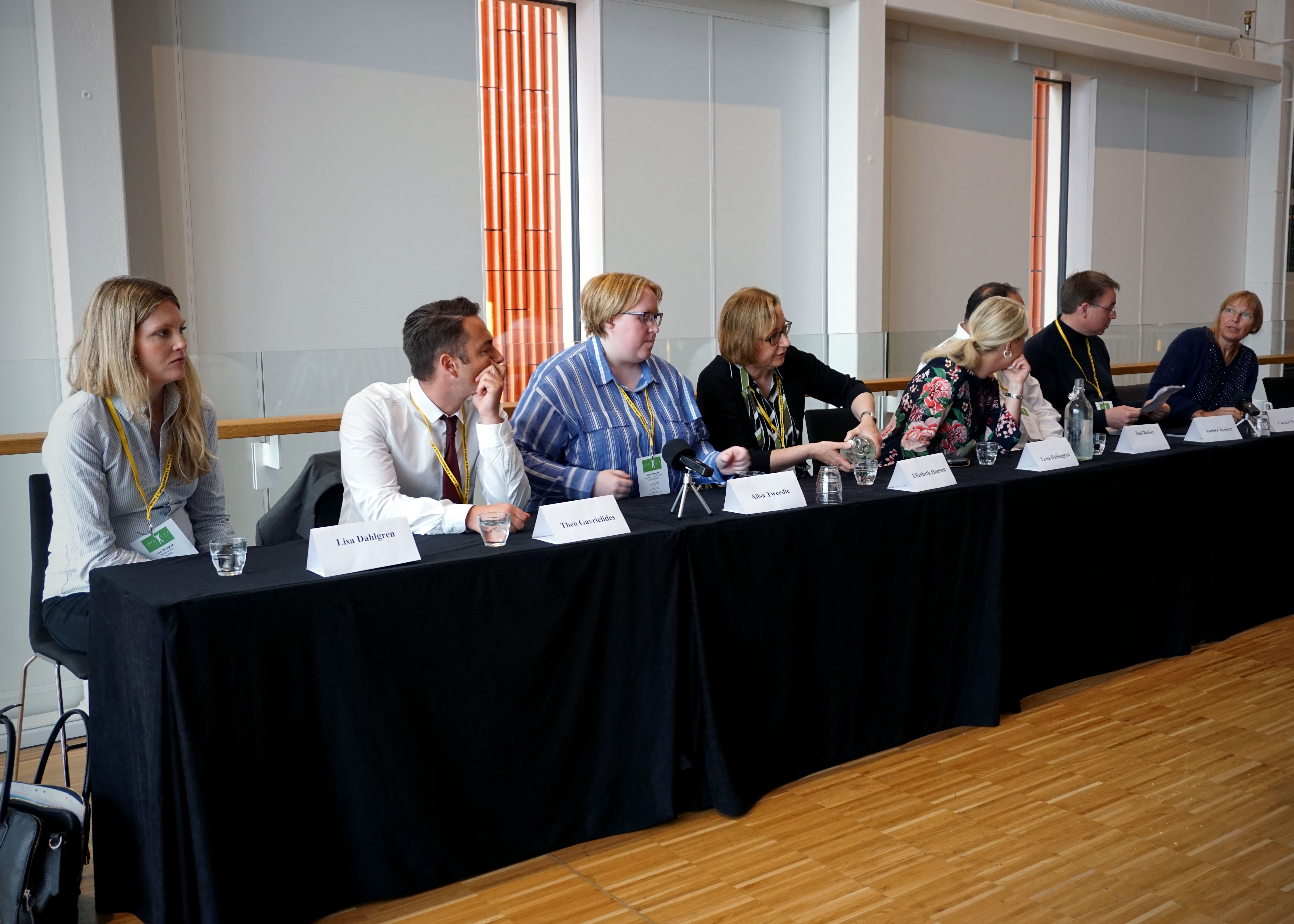 On Monday a press conference was held in connection with the start of the international conference "Every Child has the Right to..." in Malmö. Politicians, researchers and young carers participated in the press conference.

This morning was the kickoff for the international conference "Every child has the right to ...". The conference takes place over three days and puts the focus on young carers. A press conference was arranged during the day with Elizabeth Hanson, Research leader (SFCCC) and professor Linnaeus University, the young carers Ailsa Tweedie and Lisa Dahlgren from the UK and Sweden, Lena Hallengren (S) Chair of the National Educational Committee, Anders Åkesson (MP) Regional Council Skåne and Carina Nilsson (S) Municipal Council Malmö, and the professors Saul Becker, University of Birmingham and Theo Gavrielides, The IARS International Institute, London.
– We hope we will be inspired together and be able to unite on a number of priority areas for action on the regional, national and international level, says Elizabeth Hanson.

Theo Gavrielides emphasized the importance of putting words into action.
- It's one thing to talk and another thing to actually do something.

The conference "Every child is hold in Malmö at Clarion Hotel Congress Malmö Live. During the press conference, both Anders Åkesson (MP), regional council in Region Skåne and Carina Nilsson (S), municipal council in Malmö, were in place.
- We must ensure that everyone has access to school and higher education, says Carina Nilsson.

Anders Åkesson said that a long-term and broad perspective is needed to achieve this.
- We have to look after the whole family, and we have to work long-term.

Learn from each other

The overall goal with the ongoing conference is to maximise children's health, well-being, development and education. With regard to Sweden, Lena Hallengren believes things are going in the right direction. Although there are some difficulties along the way.
– I think we are on the right track.
– On the other hand we always have this discussion about the welfare state's responsibility and care as part of a voluntary undertaking and it is not always easy to make the best of it, says Lena Hallengren.

The UK lies at the forefront of issues dealing with young carers. However that is not to say that the British can take it easy. Just the opposite.
– Other countries can learn from the UK but the UK can also learn from other countries. Just because we are up here now does not mean that we will always be here. Politics is politics and right now young carers happen to be popular in the UK. But that does not mean they will always be, says Saul Becker.

Being able to talk about what's difficult

Participants from around the world are gathered at the conference. Two of them are the young carers Lisa Dahlgren och Ailsa Tweedie.
– In the UK and Scotland we have become obsessed with talking about constitutional politics. We talk about the constitution and about flags. We must go back to the "Bread and Butter "-subjects. And talk more about things like social safety nets, says Ailsa Tweedie.

During her work in a children's rights organisation, Maskrosbarn, Lisa Dahlgren spoke with many young carers about their needs. Often they need to be able to talk about difficult things with adults. There is also the wish to receive information, for example, about the support and help that already exist.
– There is so much that we can do. For example, dare to talk about mental ill-health and substance-abuse. And give information about what help is available, says Lisa Dahlgren.