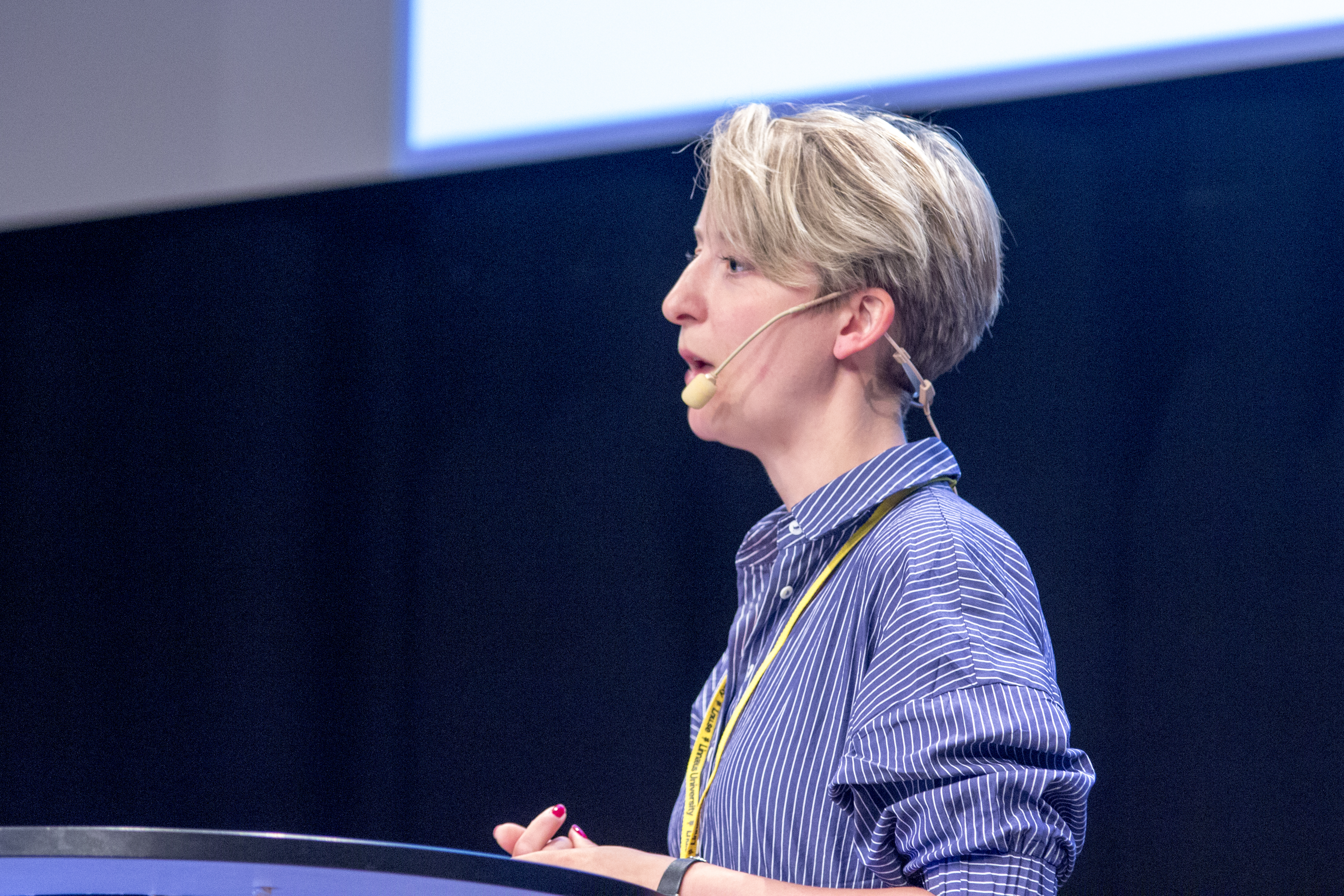 The thematic plenary lectures of the international conference "Every child has the Right to" continued on Tuesday. At the plenary lecture on evidence-based support, researchers from different parts of Europe spoke about studies of interventions for young carers.

The researchers, Nataša Prajo and Martin Nagl-Cupal, in Austria have carried out the study, "A qualitative evaluation of the Austrian´s Youth-Red Cross Juniorcamp" in order to assess the effects of the summer camp "Austrian´s Youth-Red Cross Juniorcamp" which was arranged for young carers. The study included both young carers who participated in the camp and their parents. The study showed that the young carers had ambivalent feelings about their stay at the camp. They were partly filled with anticipation, but also worried about their parents. The youths experienced a relief from their care situations while at camp.
–Many appreciated the daily routines at the camp, because there was no regularity at home because of the parent's illness, said Nataša Prajo.

The parents, who remained at home, felt that they had more time to focus on themselves and their relationship. When the children came home the parents noted positive changes in their children, a condition that lasted a relatively long time.

Pauline Johansson from Linnaeus University and the Swedish Family Care Competence Centre spoke about the study "Support for Children as Next of Kin and Systematic Follow up – Group Leaders' and Managers' Perspectives within Non-profit Organizations in Sweden" which she conducted together with Åsa Carlsund. As the title suggests, the study focused on how non-profit organisations work with supportive group activities for children as next of kin – and how the activities are followed up. The study investigated also if the support was sufficient or if there was a need for other types of assistance. Factors such as child focus, education, security and trust were observed as the essential main tasks and reasons for being involved in the supportive activities. There were major differences in how the non-profit organisations worked with follow up, and there was a clear, widespread need of education on the subject of systematic follow up.
– There were organisations that collected data but lacked the knowledge and tools to be able to analyse the results, said Pauline Johansson. 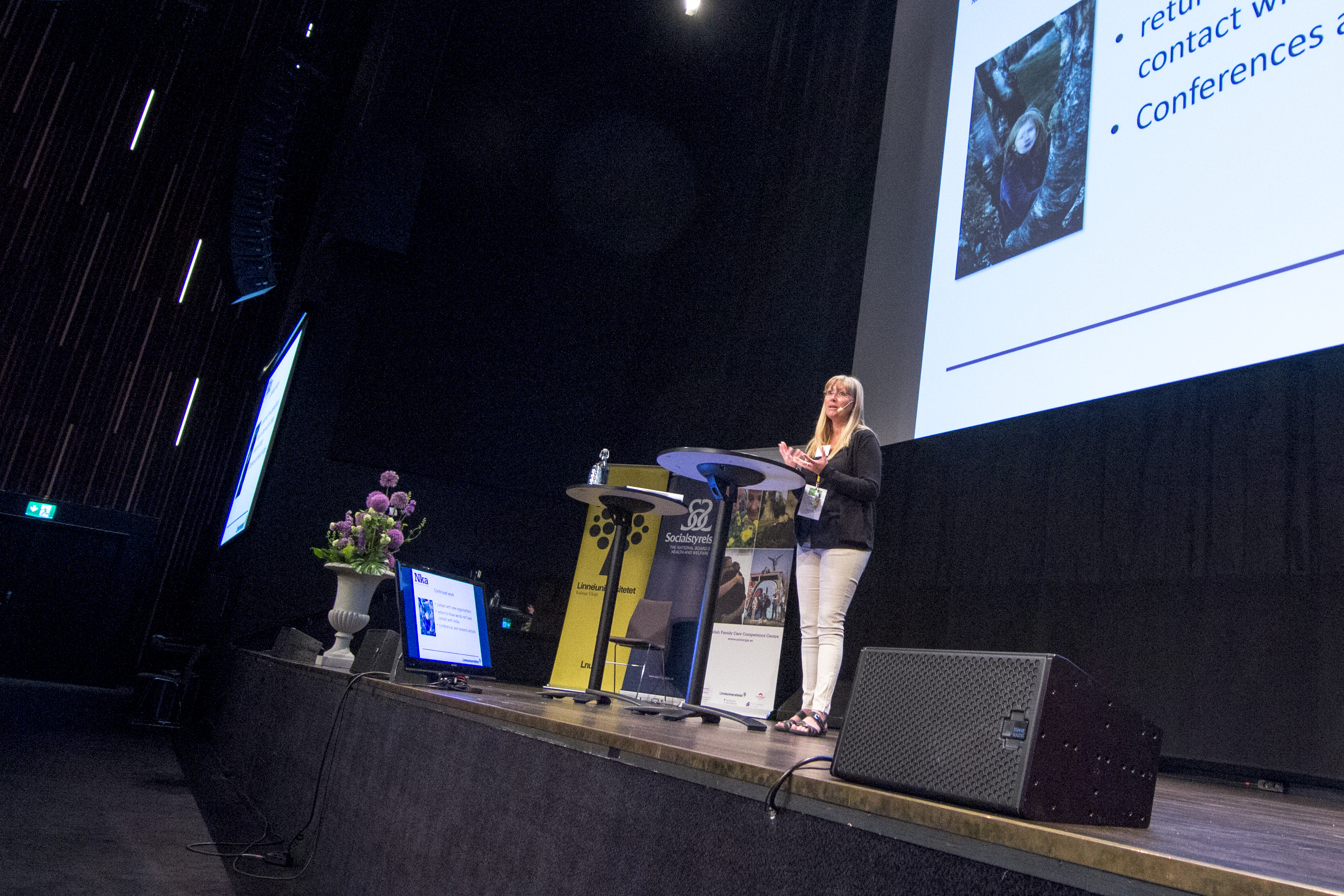 Youths with a seriously ill parent

Marie Stigaard Tølbøll from the The Danish Counseling and Research Center for Grieving Children, Teens and Young Adults (DCRC) presented the intervention "Theory of change model" which addresses children, teenagers and young adults who live with a seriously ill parent. The intervention offers therapy as a support for the young cilents to help them in managing the changing factors that accompany living with a chronically ill parent.
– In Denmark every year 82 000 children and young people up to 27 years old, experience that a parent becomes seriously ill, said Marie Stigaard Tølbøll. 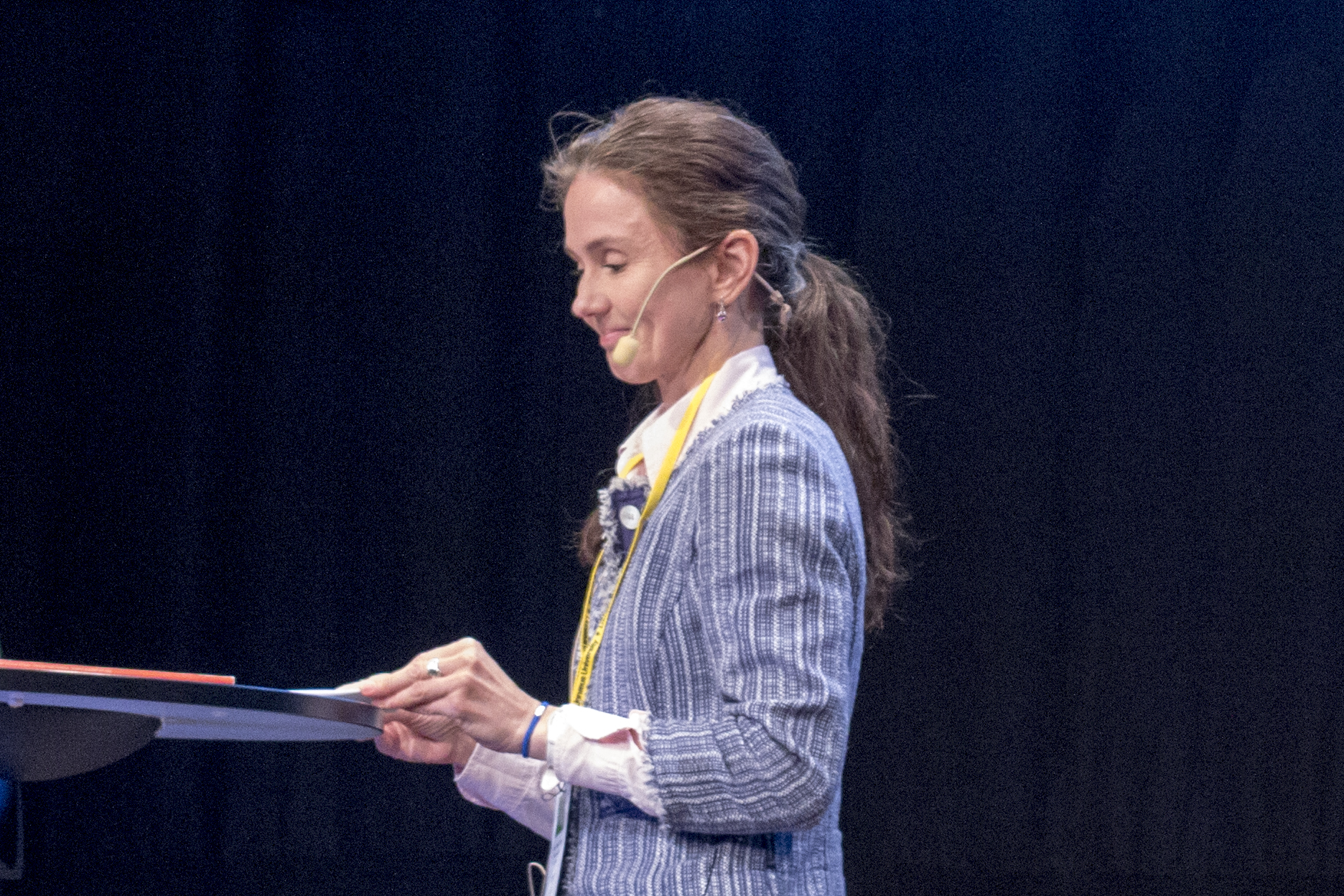 The concluding speaker was Ann-Cristine Jonsson from the Public Health Agency of Sweden. She reported on the study "Preventive interventions among children to parents with alcohol and drug problems or mental disease" which is a compilation of systematic literature reviews for the purpose of finding out about preventive measures for children (0 to 18 years) that improve the children's health or strengthen their protective factors in families where there is addiction, mental illness or violence. The aim was also to investigate which measures are the most effective. The study showed that preventive measures directed toward parents with depression (foremost mothers) can decrease the risk for depression and depression symptoms in children. Preventive measures for parents with mental illness also appeared to be able to affect protective factors such as improving the interaction between parents and their children. However, the knowledge was insufficent about how children in families with problematic use of alcohol or drugs could best receive help. With respect to measures for preventing effects on children in violent relationships, the state of knowledge is unclear since there is no overview with this focus that meets the inclusion criteria of this study.